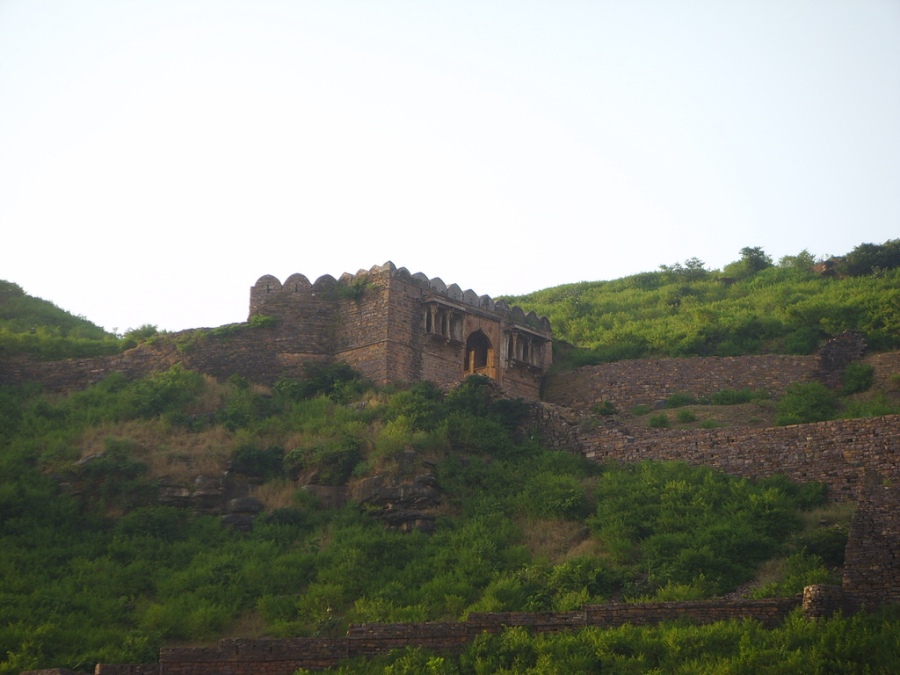 Raisen is one of the historic spots of the central Indian state of Madhya Pradesh. It is a town located within the Raisen district and serves as the administrative headquarters of the district. It is located at the foot of a hill and with huge spreads of agricultural land throughout the district, wheat, peas and soya bean being the major crops that are cultivated here. This historical city dates back to the time of 1200 AD, and till the fifteenth century was under the rule of the Sultans of the Mandu and then under the rule of the Rajput.

Raisen derives its name from the Raisen fort located at the top of the hill, the actual name being Rajavasini or Rajasayan. The city experiences a tropical form of climate, with the three typical seasons of monsoon, summer and winter. The best season to visit Raisen is winters due to the mild temperatures and the pleasant weather. Raisen is one of the important districts of the city, lying in close proximity to the city of Bhopal. Hence you can first reach Bhopal through bus, trains or flights and then from there you can get many transports to Raisen.

The most popular tourist destination of Raisen is the Raisen Fort. It is another spectacular architecture of the Indian subcontinent, being constructed in the early medieval period. The fort lies at the top of a hill, at the foot of which the Raisen town is located. The fort stands on a sandstone rock. The fort consists of stone walls which has nine gateways and thirteen bastions. This historic fort is a huge structure, consisting of several buildings within it; which includes a mosque and a school. The fort is an asset of India and is under the surveillance of the Archaeological Survey of India. It also consists of temples and hence is an epitome of national integrity. There is a large reservoir within the fort premises, which proves the excellent water management system of the medieval era.

Visit the Nidhi Soni’s house in the town; this house is sure to amuse you with its numerous doors. Among the religious sites, the Hazrat Peer Fatehullah Shah Baba is a very popular tourist spot in Raisen. It is the shrine built after the famous Muslim sage, Hazrat Peer Fatehullah Shah Baba; there is a belief that a visit to this sacred place will fulfill all their wishes, as the wishes will be conveyed to God via the sage, who is near to God. The village of Sanchi is also located near Raisen. This place is popular for the stupas built at the flourishing era of Buddhism in India. This world heritage site consist of four gateways; the carvings on these gateways bear the stories of the previous lives of Buddha.

The other nearby tourist destinations that you can visit from Raisen are that of Bhojpur and Bhimbetka. Raisen is a charming, small town which is sure to provide you a memorable vacation experience in the tourism capital of India; the state of Madhya Pradesh.